Meeee!!!
Wow, what to say? This is such an honor, truly, such an honor.  I mean, I know I’m amazing, but to have it recognized by my peers makes me feel even better about myself.  I didn’t even plan a speech. This is such a surprise! I guess I’ll start by thanking all the little people I stepped on to get to where I am today, the unfortunate souls not nearly as awesome as myself who clearly provided no appreciable competition, and of course, The Academy for recognizing the magnitude of my accomplishment.
When I heard there would be an award for “The Most Overworked, Under Slept, Over Extended, Super-Supreme Blog Procrastinator with the Highest Beer Titer” I have to admit I had hopes it would be me. I mean, take a look around. Was there really anyone else in the running?
When you’re good, you’re good. 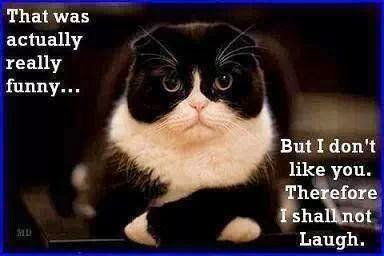 Blogging is a delicate art.  Blog too often and the entry lacks substance, wait too long and so much has transpired that trying to recapture the moments is like opening a locked car with a coat hanger: desperate, embarrassing and rarely successful.
You don’t win awards for being desperate, embarrassing, and rarely successful.
Since last we chatted:
·      I’ve given up on waiting for my stupid ‘non-unioned’ toe to stabilize and I’m back to riding 3-5 horses a day. Seriously, it’s a toe. I’m over it. Wrap that sucker and saddle up.
·      Cotton is steadily recovering from his back to back brushes with the grim reaper and I’m hand walking him about 2 miles four times a week, with 5 minutes of walk-trot under saddle. He is grateful to have a job again and the activity will hopefully keep adhesions from forming in the torn gaskin muscle. Long term soundness will be whatever it’s going to be.
·     ·      The Carolina International CIC3* was a blast! I volunteered three full days sandwiched between two 24hr shifts (clearly shedding light on the overworked, overextended, underslept, overbeered status), the COTH sponsored jump was a huge hit and it was great hearing Nigel announce it as riders cleared, and I thought it hilarious that the Organizers named my XC jump “Shattuck’s Launch”, having been lawn-darted on more than one occasion (I’ll find out who was responsible for that little chuckle and NOT name them in my next award’s speech).  Check out the link to a most awesome recap with photos over at Team Flying Solo’s blog. Totally worth it. 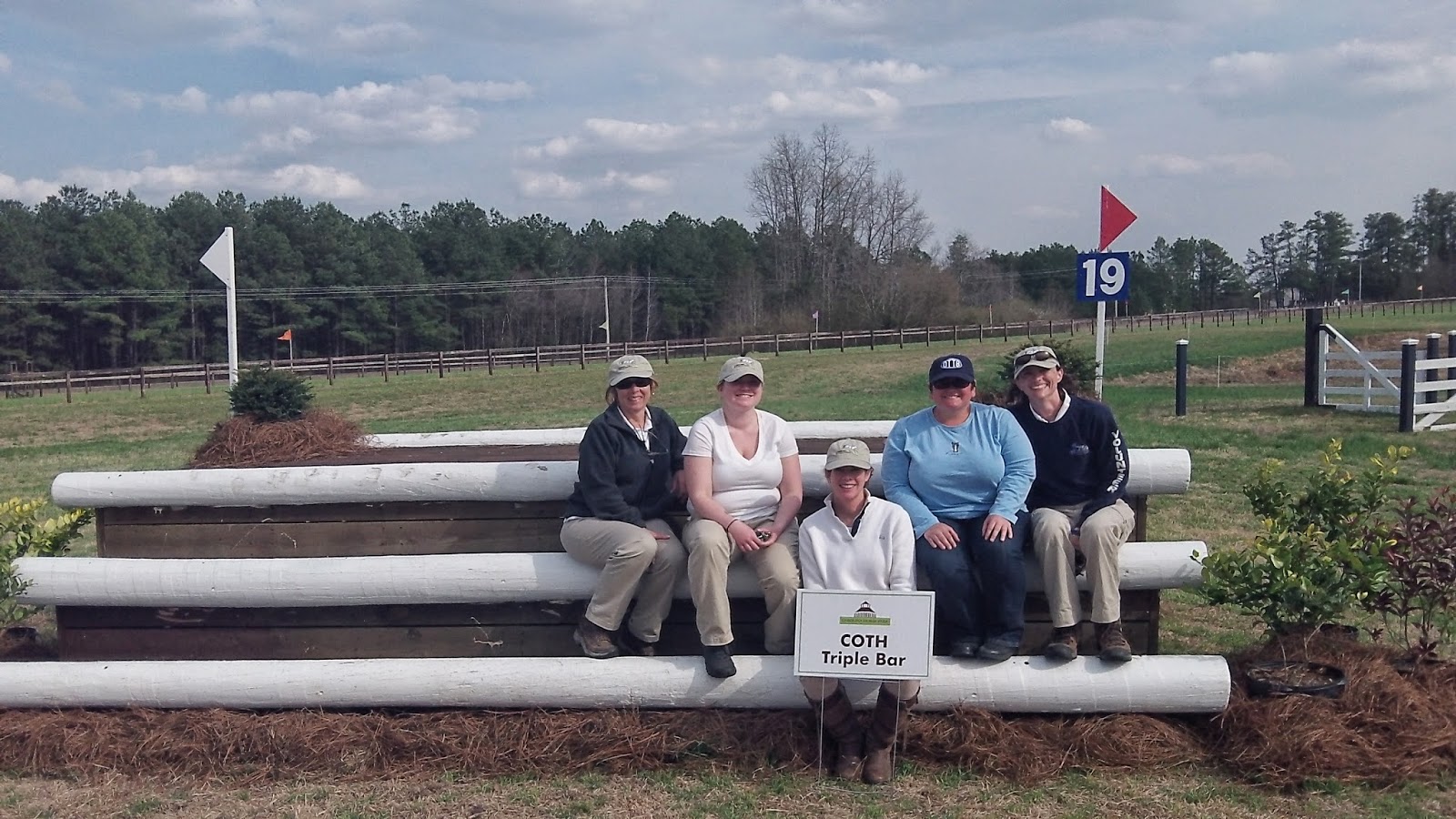 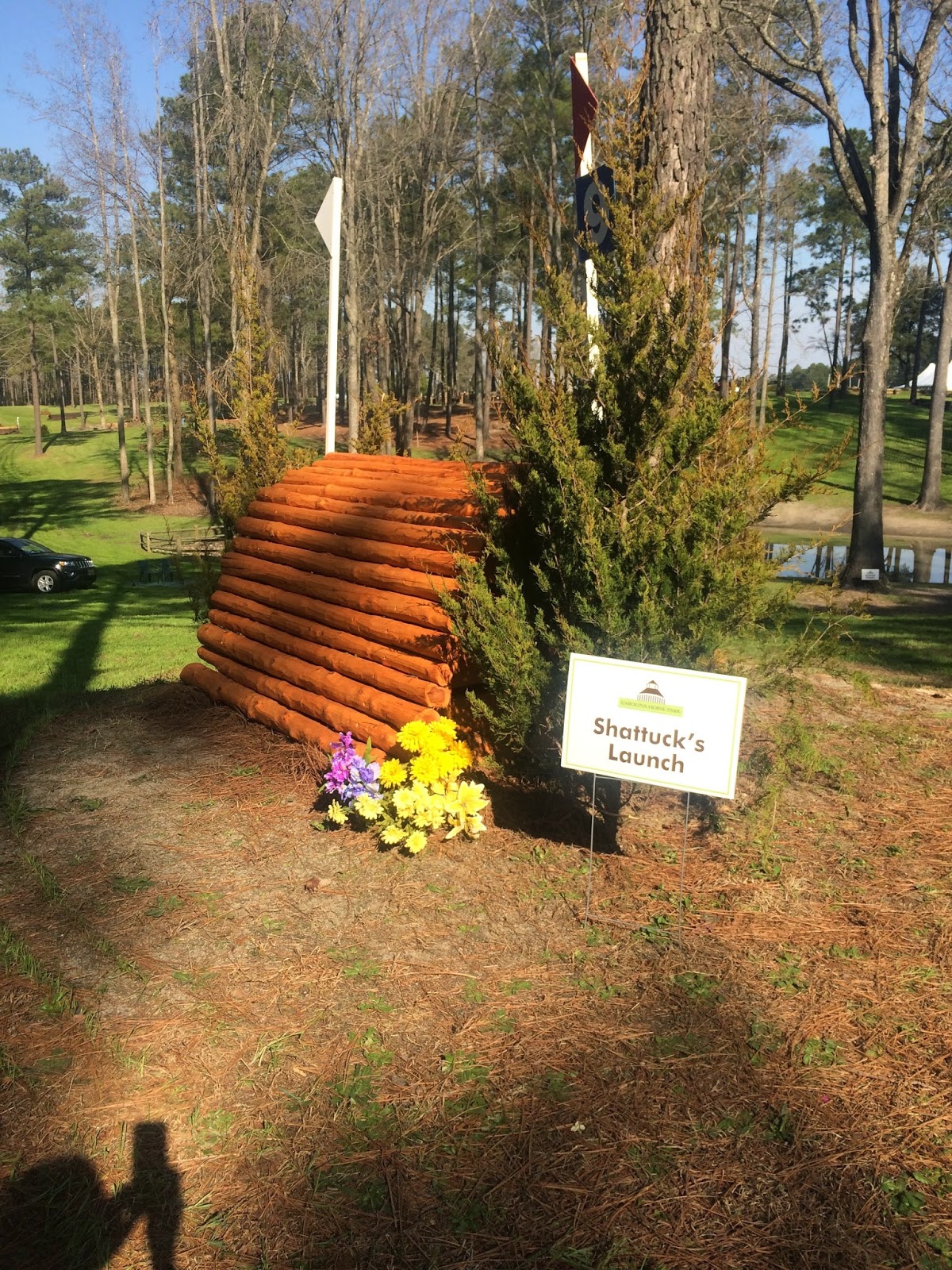 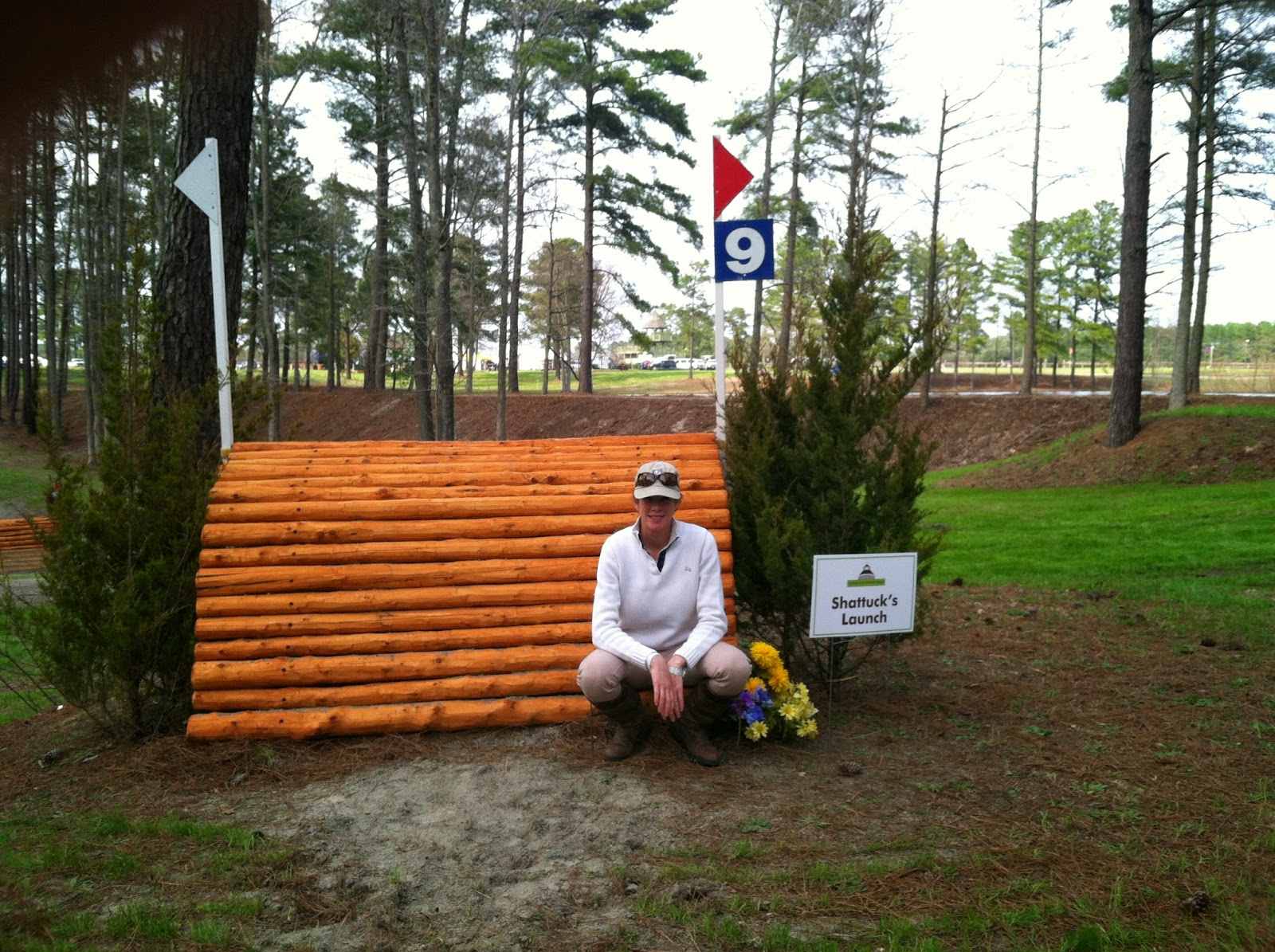 ·      Rolex is in a few weeks which means copious Kentucky Ale, exhausted credit cards, and LOTS of fun things to write about. We’ll even have a cameo appearance in my annual Rolex entry from a certain someone who shall remain a surprise for now. 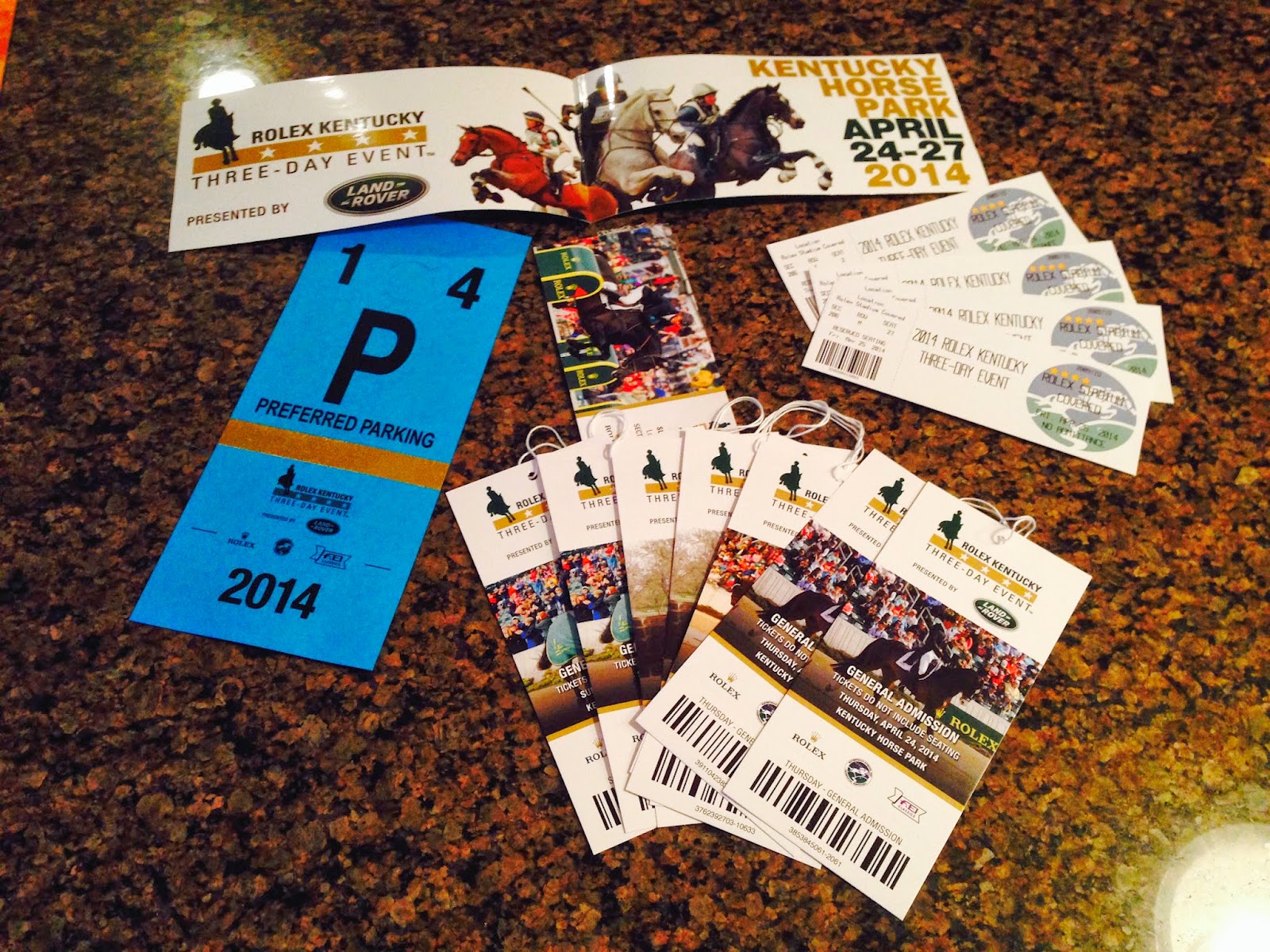 Till next time (you worthless, no award receiving, little people of no consequence . . )